History of chestnuts and marroni

The improved chestnut trees with their far unloading crown, are probably coming originally from the countries of the Caucasus, the mountainous areabetween the Black and the Caspian Sea. The old Armenians had them cultivated and designated the delicious fruits as “Kasutah”, the Persian wordfor “dry fruit”.

The Romans called it “Castanea”, which the British botanic Miller extended 1759 with “sativa”. This means “satisfying” and documents the culinary esteem. From then on the European chestnut carries the botanic designation “Castanea sativa” and dissociates itself thereby clearly from the horse chestnut (Aesculus hippocastanum).

The Romans were not only by the fruit very inspired but also by the wood, which was suitable for weather-proof buildings because of its high content of tannin. Since chestnut trees still grow on a height of 1000 m above sealevel, the cultivation of chestnut trees was almost suited.

With the expansion of the Roman emporium the chestnut culture spread aswell. The powerful chestnut trees even struck roots on the north side of the alps. The German term “Marone” was introduced around 1600, taken from the French “marron” and Italian “marrone”.

In south Switzerland the chestnut culture was established approximately 1000 years ago. The growth of middle temperature favoured the cultivationup in to the upper alpine valleys. On these meagre grounds hardly any cereal had a chance to grow. Chestnut trees on the meagre side hills of the alps provided twice or three times as much calories per cultivated unit than cereal cultivation. That is why the name “bread-tree of the poor” was introduced. 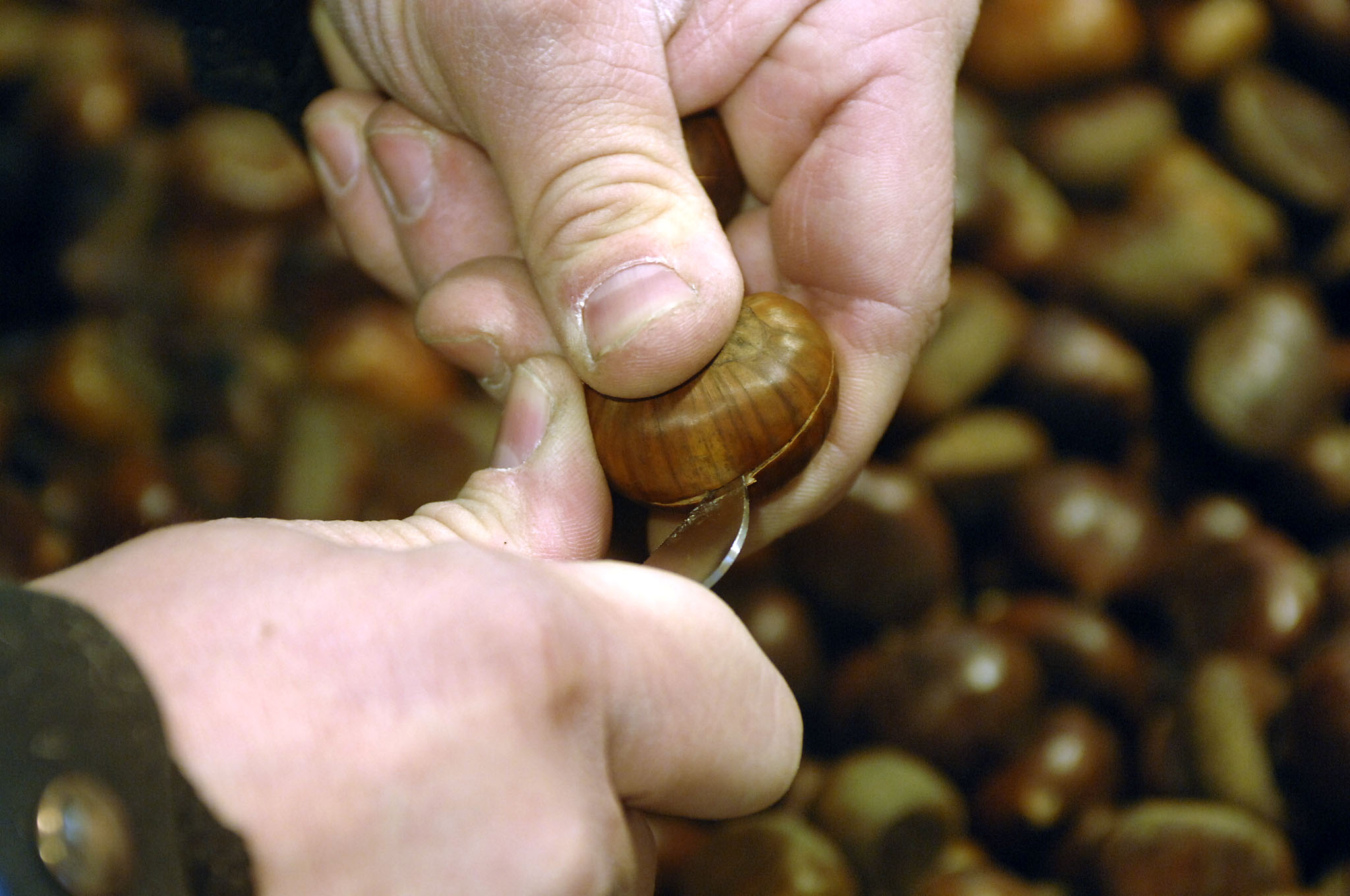 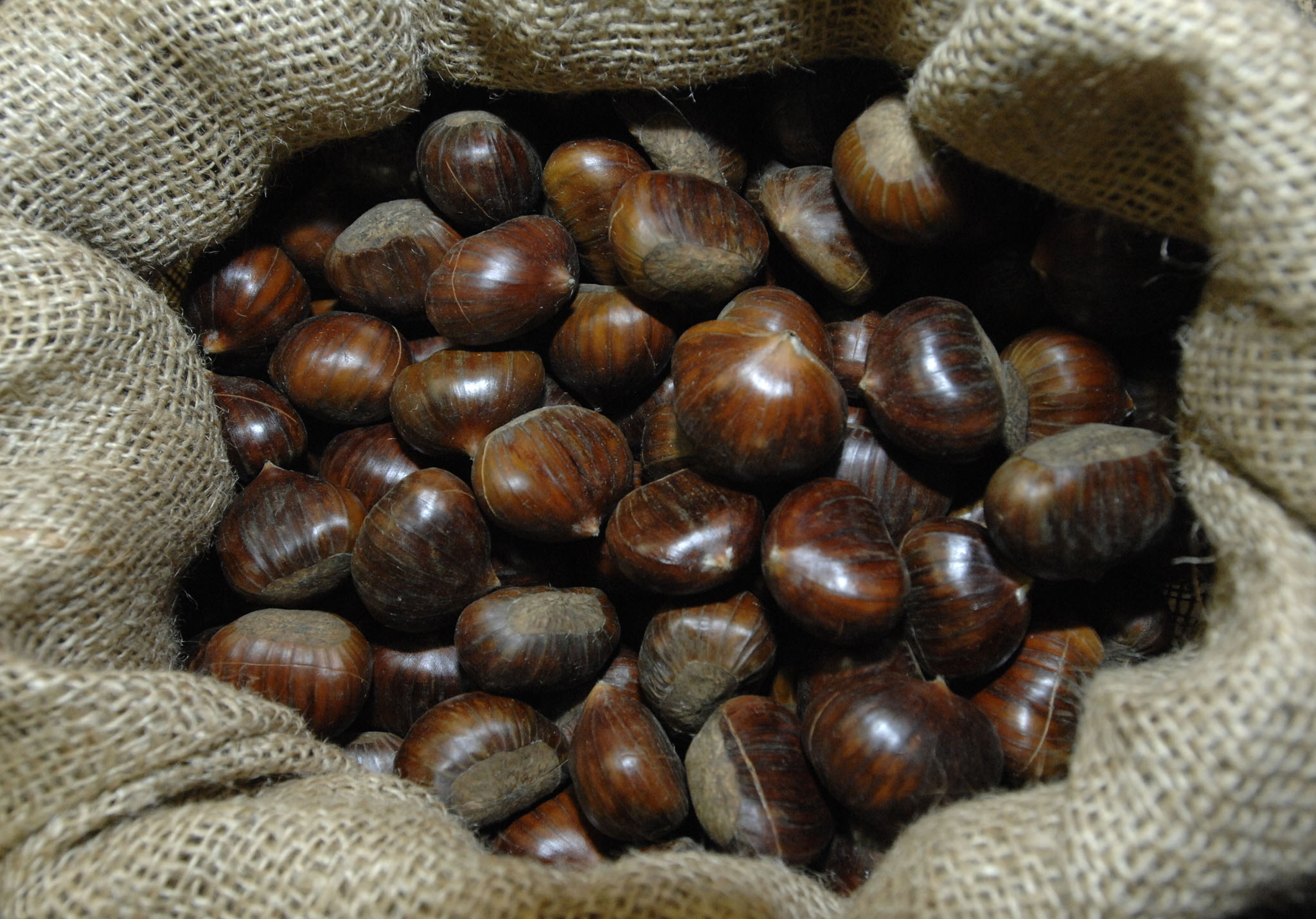